Get your free copy of “Your Energized Business Guide”

A little background about me. My ambition as young teenager was to be a winning racecar driver. The biggest goal  was to win the SCCA National Championship race in the highly competitive F-Vee class. I competed 11 times (I had to earn the invitation to compete in that race by being one of the top drivers within my SCCA division), I failed to win it.

Road racing is an expensive sport to engage in. Not being wealthy and being mechanically adept I built a business building engines and servicing race cars for others from the late 70’s into the 90’s to afford my racing passion. New low cost computer data acquisition technology made coaching racecar driving feasible as never before. Being an early adaptor by nature I started offering that to my racing shop customers and other competitors competing at the annual SCCA Runoffs.

I have coached drivers who have won 14 National Championships including the ’91 race where I coached 3 drivers in the F-Vee race who finished 1st, 2nd, and 3rd  the same race I competed in previous years but never won myself.

At the time I thought it was an amazing co-incidence. Now I know it wasn’t anything I told them, rather It was the way we had a conversation about their performance that actually changed their performance..

Read on to learn why this worked and why I can’t call myself a coach anymore!

A chance meeting of Laura Whitworth (Co- founder of the Coaches Training Institute “CTI”) at a picnic event in Golden Gate Park in San Francisco changed everything for me. There were only 2 personal coach training schools in the world then CTI and Coach University “CoachU”.

The Co-Active coaching methodology pioneered by CTI, is a method of coaching that engages the client in identifying and achieving their own best and highest outcomes, rather than giving them a direction or advice by ‘telling’ them how or what they should do. It was refreshing and inspiring to experience this Co-Active coaching model. Coach U on the other hand gave their trainees large thick manuals of what advice to give their clients depending on what issue they brought to their coach.

In 1995, I attended the first ever conference of the “Professional Personal Coaches Association” of which I was a charter member in San Francisco. where Sir John Whitmore was the keynote speaker. John Whitmore was a highly successful racecar driver himself before becoming one of the pioneers in the personal coaching profession. I paid close attention to his talk. Wherein he told his real life story of an experience he had with Tim Gallwey (author of “The Inner Game of Tennis” and several other “Inner Game of…” books) about putting on a live training event for playing Tennis in England.

They attracted more participants to the training than they had “Inner Game” tennis coaches to deliver it. They decided that the Inner Game concepts their coaches used would still work if they brought in their Inner Game Skiing coaches as long as they didn’t carry or use a tennis racket!

At the end of their event they were stunned (but not surprised in hindsight) that the skiing coaches were more effective with the participants than the Inner Game Tennis coaches were! In other words it is hard not to interject one’s own knowledge of the activity into the Inner Game coaching method.

A few years later at an ICF conference in Florida we got to watch Tim Gallwey take 2 people out of the audience who had no tennis experience other than wearing tennis shoes, have them (within 10 minutes) easily hitting and returning tennis shots back over the net including making backhand strokes. Tim never told them how to do it. He only gave them the awareness instruction of saying “bounce” or “Hit” whenever the ball hit the ground or they swung to hit it.

A favorite quote (I remind myself of all the time) by Sir John Whitmore is: “To tell negates or denies another’s intelligence, to ask honors it.”  is the foundation of this article.

At this point I must divulge the dichotomy that there is another coaching methodology that emerged at that time created by Thomas Leonard which he called “Coach U”. He focused on coaching being a source of information with solutions and activities coaches would provide to clients that essentially told them what they needed to do to fix problems or improve their life or business results.  (Ironically, Thomas was writing down an addendum to his work that did articulate asking engaging questions in coaching when he suffered a massive heart attack and passed on.)

The personal coaching profession has grown tremendously since those days and the knowledge of personal and business coaching is so well established that now the label “Coach” is used by just about anyone who touts expertise in any area of consulting or training are calling themselves “Coaches” people without any specific coach training included.

Now with hundreds of supposed coach training program/schools, and people who have experience in an area that they would otherwise call consulting or giving advice on specific topics calling themselves coaches; How can anyone possibly know what anyone calling themselves a “Coach’ know what that means for them?

The bottom line: we know unequivocally from neuroscience and real life experience that the greatest innovation, learning, and success are generated by asking the right kind of questions rather than telling others what to do.

I sat with the question of what can I call myself that conveys the outcome I help clients produce and the word Catalyst came to mind rather than calling myself “Business Growth Coach” I am a “Business Growth Catalyst” Want some?What is most useful for you in my article? Please Leave a comment!

"… allows me to have more freedom, there’s more progress being made and a lot of feeling like there’s control over just the business and for my team. You know what, I hadn’t realized that we were missing being connected. We always felt like we were a family; but I didn’t realize how important that was and how to involve the rest of my staff in having that be something that is natural.."

In the last more than six months I’ve been engaged in the program I think what I’ve been able to do is to accomplish a lot of backlog of client matters that have been there since like forever. I’m pretty well through with the backlog, moving on to new matters and not accumulating new backlog anymore. ——Progress is one of the key elements in this training. I can see myself having aha moments all the time just from what I learn here. And so, I really appreciate that and I’m grateful for it.

My profits have increased. My bottom line for my business has increased from when I started the program because now, I’m bringing in more awareness and it’s helping me personally to work on some things that I struggled with. Basically, it’s getting out of your own way and it’s like oh it makes sense.

Everyone is taking more ownership of what they are doing. There is definitely more initiative. We can all see the progress and we’re getting closer to realizing our ideal of what we want for our business. 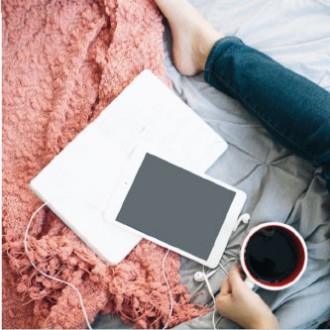 Get your free copy of “Your Energized Business Guide”